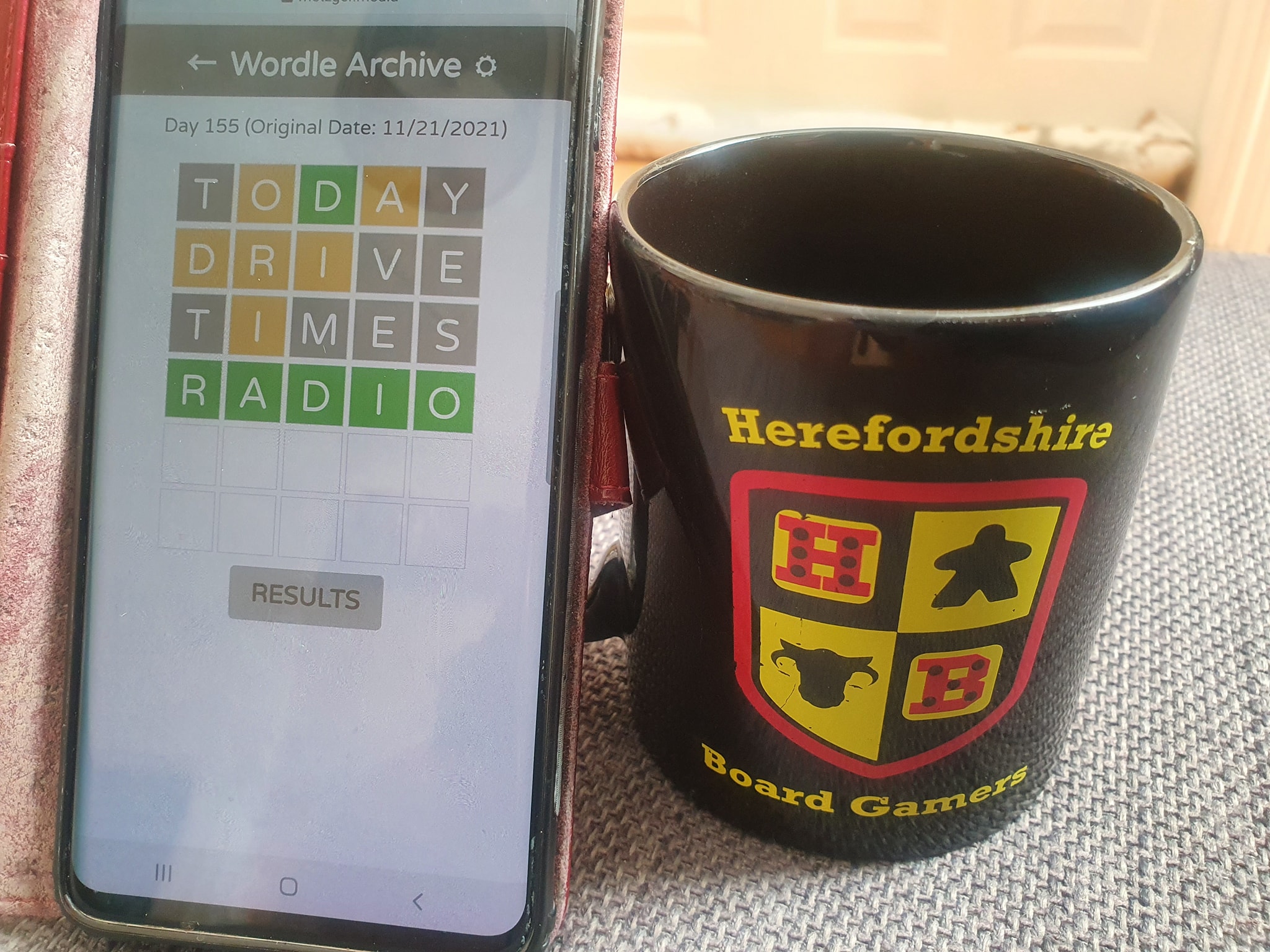 Wordle is a word deduction game, which is surprisingly social as you can share your guesses and successes without giving away too many spoilers, over the last few months many communities have been sharing their wins, losses, techniques and stories. People approach it in many ways but it works as it is can be social!

(The history of this artcle is I was phone by the local BBC radio station to talk about board games and wordle and I knocked up this guide in about 30 minutes, I’ve since added a few more titles but this should explain the photograph which is how NOT to play wordle)

Let’s break it down, at it’s heart wordle is both spelling and deduction, the meaning of the words don’t matter. As a dysxlexic not being able to spell isn’t too much of a problem as I use the deduction side of the game. for example, R is the 2nd or 4th letter. O is the fifth letter.

Bananagrams.
Spell words crossword style but you get more letters so the ability and requirement to rearrange the letters to form new words is key.

Just One is mostly about meanings of words. That said a clue of Car is not the same as Cars or automobile or vehicle so there there is some deduction. The twist with just one is the team is trying to help guess a word but if any of their clues match they don’t get shown so you have been specific but not too helpfull.

Codenames is a team word game it is mostly about the shared meanings of words but a clue of Car is not the same as Cars or automobile or vehicle so there there is deduction. Codenames also has various themes and pictures versions and is playable online at codenames.game

Codenames Duet is two player which includes a deduction element as you can use your knowledge to help tailor your guesses. For example you may be able to guess unsafe spaces based on logic rather than the clues given.

Mastermind
Is a  code breaking game for two players. The modern game with pegs was invented in 1970

Cryptid
A monster is hidden and you can use your hidden set of logic to ask question to work our everyone elses logic and therefore find the monster.

Treasure Island.
Long John Silver has hidden a treasure and has to give clues to it, can you solve the clues and get to the treasure first. Uses logic like the treasure is near the coast of not near a volcano.

Mr Jack and Mr Jack pocket
One player is Jack the Ripper hiding in plane sight and the other(s) are using logic to try and find them.

Scotland Yard and other hidden movement games
Similar to Mr Jack one person is hidden the other use logic to try and find them.

A succsessor to Just one. Each player has a grid of 4 pairs of words on 4 cards, they write clues to allow the other players to recreate their grid with one or two wild cards word cards added. This mixes finding a word to share two words as well which everyone does at the same time and then you solve each others. This leads to less downtime than codenames. The words are on cards which can be rotates so leads to an element of deduction and can you can tailor your clues not worry about a weaker one next to a stronger one as sometimes the two words join us brilliants other times not at all.

Decrypto
Players compete in two teams in Decrypto, with each trying to correctly interpret the coded messages presented to them by their teammates while cracking the codes they intercept from the opposing team.

Cross talk
Is a party game of subtle conversation in which two teams race to guess secret keywords. Each round, teams select a clue-giver, and those clue-givers are given knowledge of the same secret keyword. The goal of the clue-givers is to help their teammates guess this keyword before the other team.

Escape room type games, these games come in different styles and themes but they are like escape rooms in a box with a range of puzzles, logic, art clues and more ideally played with 3-5 people. Different companies have a slightly different take and theme so try a few.
Unlock games
Undo games.
Exit games

Do you have any to add?