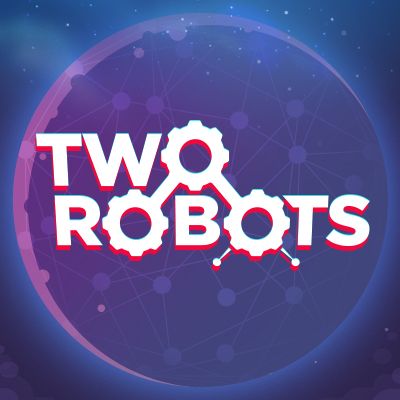 Two Robots is a fast-paced, strategic card game of set collection and player elimination in a far distant future. Players in the game control Salvagers with special abilities attempting to build more robots with scrap robot parts than their friends. Be the first to eliminate all players or build Two Robots, the choice is yours.

In order to build Two Robots, you need to steal, freeze, destroy and collect robot parts. Players play robot parts into stacks, with all five energy types forming them. Action cards to attack and defend are based on the number of stacks. Stacking Robot parts with similar energy types allows you to complete robots. Once a robot has been completed, a player can activate it to fight other players. All Salvagers have different abilities, so choose carefully.

How To Win: Be the first player to complete Two Robots, or eliminate all opponents.

—description from the publisher