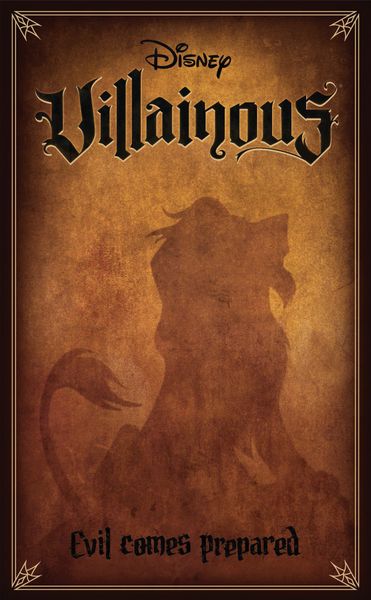 In Disney Villainous: Evil Comes Prepared, each player takes control of one of three Disney characters, each one a villain in a different Disney movie, specifically Scar from The Lion King, Yzma from The Emperor’s New Groove, and Ratigan from The Great Mouse Detective. Each player has their own villain deck, fate deck, player board, and 3D character.