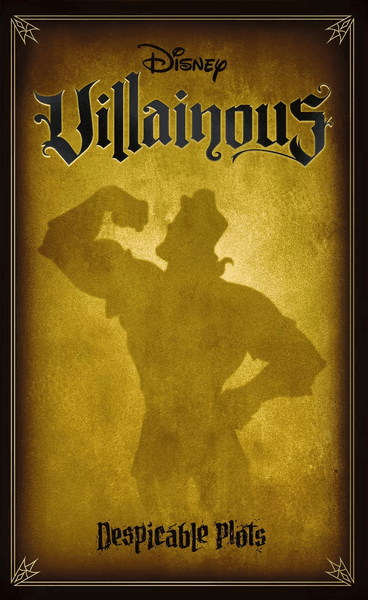 In Villainous: Despicable Plots, each player takes control of one of three Disney characters, each one a villain in a different Disney movie, specifically Lady Tremaine (Cinderella), the Horned King (The Black Cauldron), and Gaston (Beauty and the Beast). Each player has their own villain deck, fate deck, player board, and 3D character.

Villainous: Despicable Plots is playable on its own, and its characters can also face off against those in the other